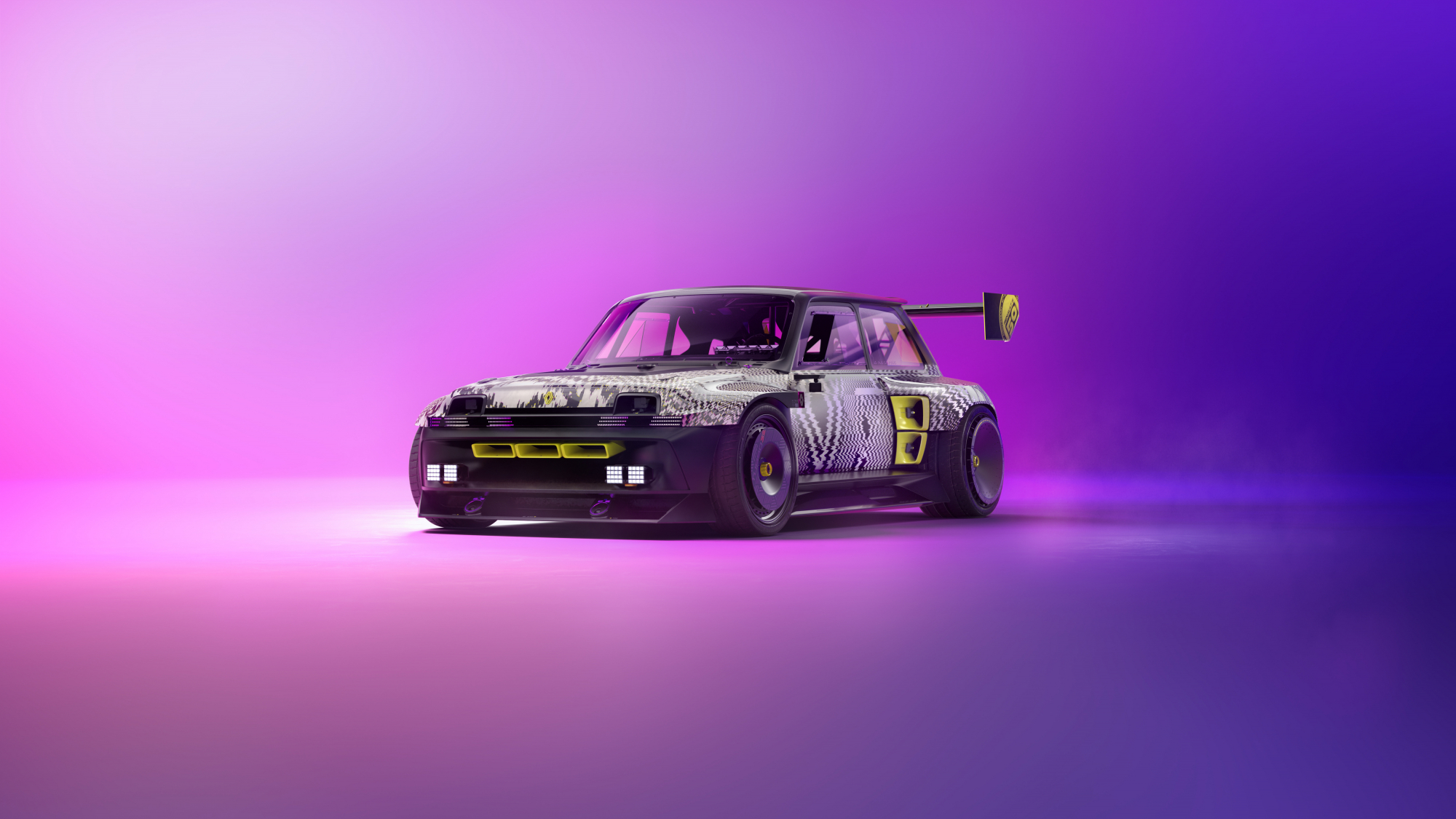 The R5 Turbo was Renault’s hot hatch. It not only competed with the likes of the Volkswagen GTI, Mini Cooper, and Fiat/Abarth products of its time, but it defined French performance hatchbacks.

While the brand previously abandoned the vehicle and its tamer Renault 5 sibling, they are now looking to reintroduce it as an electric vehicle, one that they hope will be their “flagship model of the brand” and “[electrify] its history to better prepare its all-electric future in Europe by 2030.”

The concept vehicle has the chops to accompany its bold design. A dual motor system propels the vehicle’s rear wheels and is powered by a 42kWh battery, also placed in the rear between the motors.

The motors make a cumulative 380 horsepower and 516 pound-feet of torque, allowing the small hatchback to rocket from 0-60 in 3.5 seconds and hit a top speed of 125mph.

Besides these amazing specifications, the hatch defines itself with its countless camera mounts and aggressive aerodynamics. As if you hadn’t already noticed, the car’s rear is dominated by an enormous rear wing, complemented by side-mounted rear air ducts and an enormous rear diffuser.

Up front is a similar story. A large front splitter and a trio of front air ducts mean that the car has the aerodynamics of a block of swiss cheese. But this car is more than the sum of its parts.

It is an indication of the future of Renault. The brand is aggressive with its 2030 complete electrification goal, and this strangely aggressive performance hatch shows they are serious about moving forward. Count me as excited for the upcoming Renault 5 production version.