Toyota To Convert Classics and older cars Into EVs

Akio Toyoda, head of Toyota, wants his company and all companies to fight global emissions. So his plan is for Toyota to convert gas-powered cars into electric or hydrogen power. First, hundreds of millions of ICE vehicles will be burning up fuel on roads for decades to come. And, it took a chunk of parts and labor to make them in the first place, so why let that go to waste?  Would EV conversions of old cars really make sense?

“If only new cars are electrified, we aren’t going to be able to achieve carbon neutrality,” Toyoda said last week. “We also have to consider vehicle units in operation.” So the only way to see a big reduction in carbon emissions is to turn these old tanks into clean emitters with electric or hydrogen conversions. 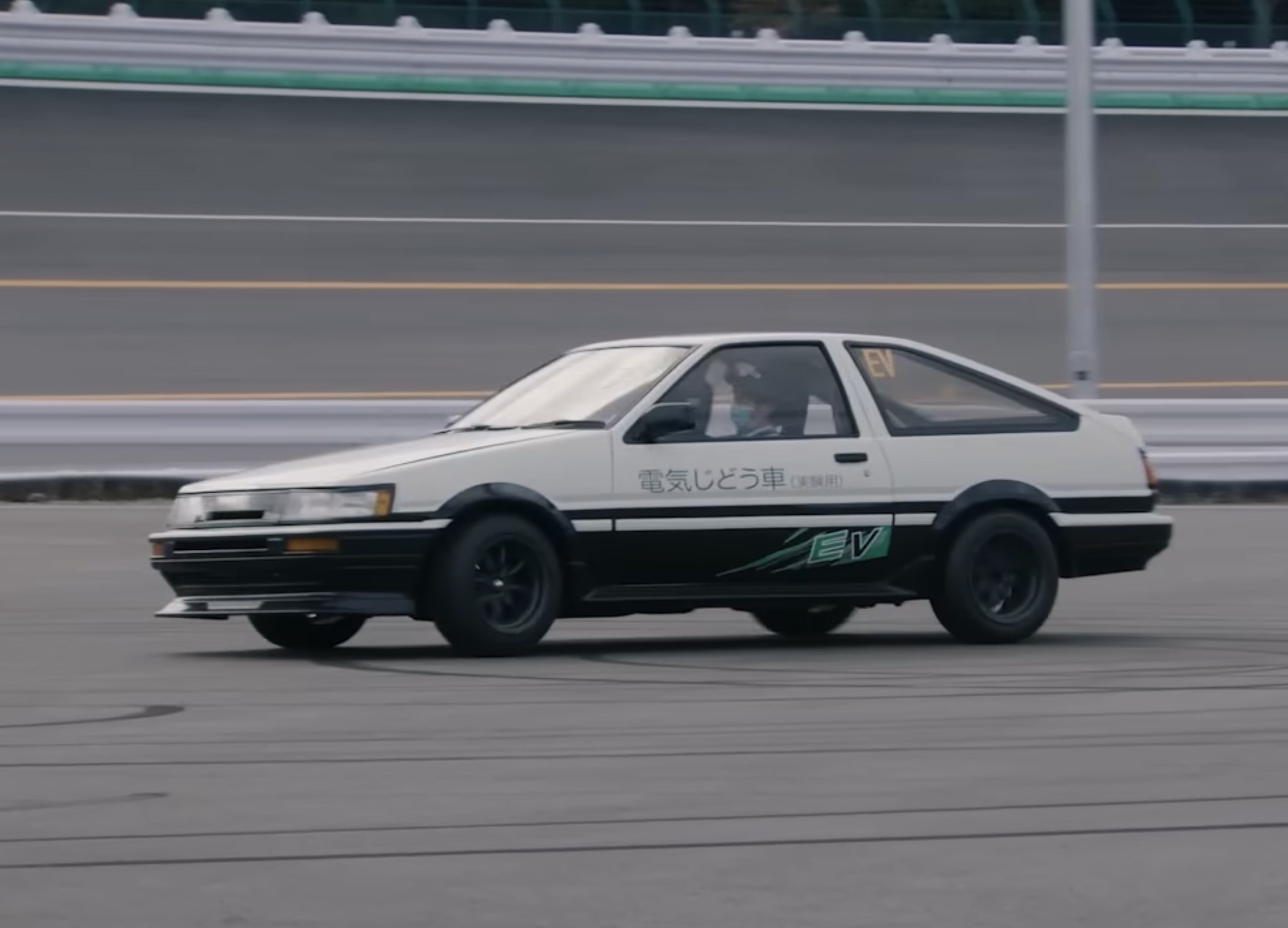 For most countries, the electric alternative makes the most sense. Infrastructure definitely favors it over hydrogen. And it hasn’t been shown that hydrogen is really a good alternative, given the amount of processing, storage complexities, and extreme lack of hydrogen stations necessary for drivers to access.

To prove his point, Toyota unveiled two examples based on its wedgie AE86 hot hatches of the 1970s. One features an electric conversion, while the other opts for hydrogen. Toyoda says he knows developing his conversion concept is complicated.  “There’s a competition to announce BEVs as quickly as possible now because of regulation,” Toyoda said. But he thinks, and the industry seems to be showing, that car buyers want to make a choice of several alternatives. And he says that Toyota’s targets are different of other automakers.

“They don’t have hybrids, they don’t have a global market, they’re not full lineup,” he said. “It’s a different competition and not the same players.” And right now, he only sees most shifting to develop new BEV models. “But the reality is that we cannot achieve carbon neutrality by 2050 simply by shifting all new-car sales to EVs. It is important to provide options for cars that are already owned.”

Automotive News found similar comparisons from CEO Takeshi Uchiyamada last year. At the time, Toyota was criticized for not embracing the electric wave more quickly. “In reality, there are many more cars on the street than new cars sold yearly,” Uchiyamada said. “We must make all cars carbon neutral, including those already on the streets.”